You are here: Home / THE BLOG / Why Doing Nothing Is Just What You Need To Have A Better Life 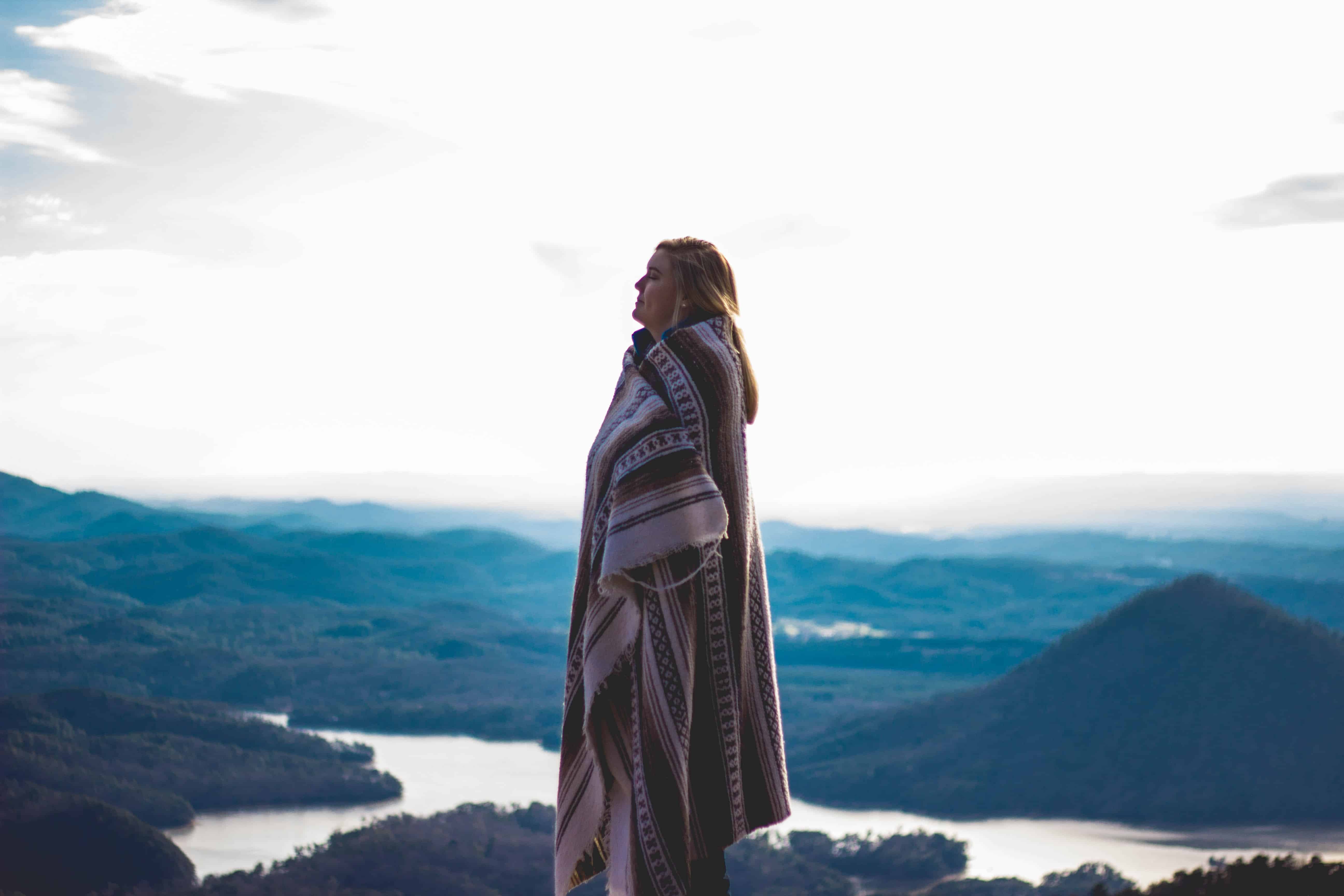 Busyness is a drug.

We try to fill every hour of our day with things to do. Some important, but mostly not. We multitask aggressively and pride ourselves on it. We feel guilty when we don’t. We work ourselves into the ground, and often, don’t even realise that we are.

So many of us are infected with what I call ‘productivitis’—the mistaking of busyness for true productivity.

Except that we’re anything but.

Take it from someone who used to work three jobs because I believed that doing nothing was a waste of time. A typical day of mine would start at 5.30 in the morning and end past midnight. I barely slept, and eating was a chore that I got done…when I remembered to.

And if I were to be truly honest with myself, I was no longer my best, creative self past 2pm. Mostly, I was just tired but going through the motions because anything less would have been ‘lazy’.

Not surprisingly, this ‘productive’ routine of mine didn’t last for very long.

One afternoon, I found myself refusing to answer a client’s persistent calls. Instead, I started crying and crumpled into a teary mess on the floor, where I stayed for a solid hour.

I didn’t know it then, but I was having a nervous breakdown.

YOU NEED MORE SPACE TO BREATHE, NOT MORE THINGS TO DO. 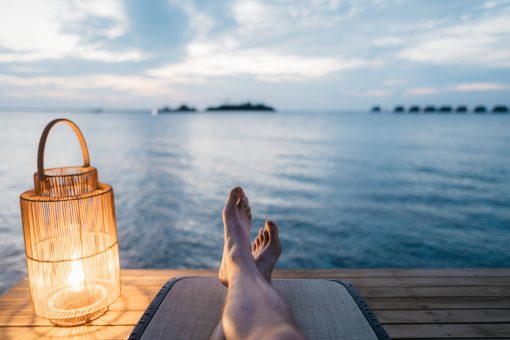 I was so busy just ‘doing’ that I never thought to stop and think if everything I was doing was actually creating fulfilment and meaning in my life.

It certainly doesn’t help that busyness is considered a prized virtue and often used as a measure of productivity and success—we allow ourselves to be bombarded with endless notifications, meetings and tasks, convincing ourselves that they’re needed and have a place in our lives, yet in reality, it’s actually costing us both.

And it’s not just our effectiveness at the work we do that’s at stake—we’re also trying (and more often than we’d like, failing) to juggle the mental and emotional demands of just being alive. So we compensate for this lack of peaceful space in unhealthy ways.

We develop addictions to food, alcohol and questionable chemicals to escape reality. We let resentment fester and as a result, lash out violently and inappropriately when unexpectedly triggered. We develop the soul-crushing mindset that it’s us against the big, bad world.

Those of us parked firmly (either stubbornly or habitually) in the ‘busy’ camp who aren’t aware that the average worker is productive for only 2 hours and 53 minutes a day will be surprised to know that most people who look super busy aren’t actually doing anything meaningful at all.

Still, ‘busy’ expectations have risen to an all-time high, where it’s become the new normal and there’s absolutely nothing wrong with judging a person’s worth by the number of hours they clock in and whether they’re struggling under the weight of too much to do.

The heavier the weight and less room they have to breathe, the better.

The result—if you’re not lucky enough to be spending your days fulfilling a purpose that brings you joy and meaning— is a life that’s diminished into nothing more than a list of endless (and largely) meaningless to-dos….and doing your best to look really, really busy.

But those among us who want a life that’s more than that (or simply don’t believe that more is necessarily better) are choosing to do things differently.

LESS IS GOOD. NOTHING IS EVEN BETTER. 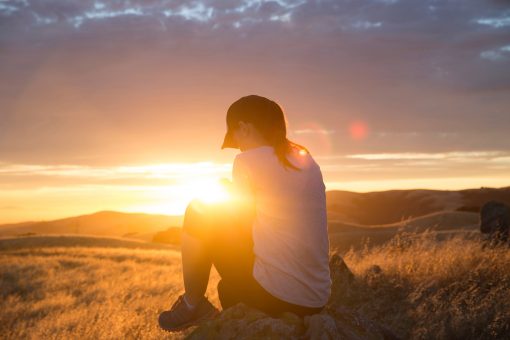 Many of the world’s most successful and productive people who see the value of taking a break from the chaos of everyday life so they can think and be creative are scheduling time to do absolutely nothing into their calendars.

In the business start-up world, a growing number of successful entrepreneurs and venture capitalists, including Skillshare’s Mike Karnjanaprakorn, Facebook’s Mark Zuckerberg and The 4-Hour Work Week author Tim Ferriss are following in the footsteps of Microsoft founder Bill Gates, who has a long-standing habit of taking breaks called Think Weeks to slow down, recalibrate and gain clarity on his best way to move forward.

But you don’t have to be an entrepreneur to make slowing down a part of your life or restrict it to several weeks a year.

Try taking a cue from other cultures: The Italians fold a ritual called dolce far niente, which means “the sweetness of doing nothing”, into their days by deliberately slowing down with a leisurely dinner at a cafe, a soothing view of the sunset with a glass of wine or calming stroll around a moonlit piazza.

The Swedes, on the other hand, have a busyness-prevention measure baked into their daily routine in the form of a practice called lagom, which means “Not too little. Not too much. Just right”. This lifestyle of moderation typically extends to the way they work, how they dress and what they eat—giving them the opportunity to keep stress, anxiety and many of the other side effects of living a ‘busy’ life at arm’s length.

Coincidentally, Sweden has earned the reputation as one of the happiest countries in the world, and just based on an educated guess, it’s not very difficult to see why.

WHAT’S YOUR PERFECT ‘NOTHING’? 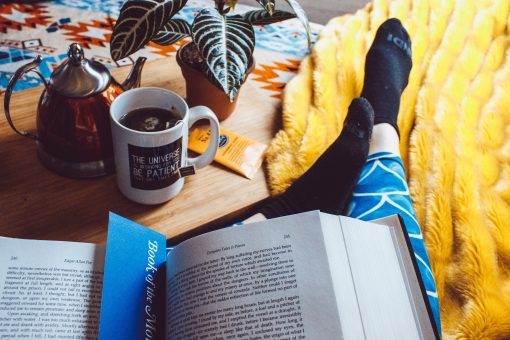 Doing nothing doesn’t have to mean zoning out hard enough that you resemble a human-shaped vegetable, but if that helps you jump back into your daily routine feeling rested, recharged and ready for anything, why not?

If it doesn’t, then it’s time to figure out what your version of dolce far niente is, or what it would take for you to achieve your own personal lagom.

Is it something that you need to do solo, or with others? Is it immersing yourself into a pursuit that requires your undivided focus or allows your mind to wander? Maybe it’s simply stepping away from the daily grind for a couple of days a month so you can lose yourself in a good book or connect with nature.

If you’re having trouble imagining yourself stepping out of your ‘busy’ state or aren’t quite convinced that you should, consider this: How much happiness and meaning has being busy brought you?

HOW TO MAKE MORE TIME FOR NOTHING. 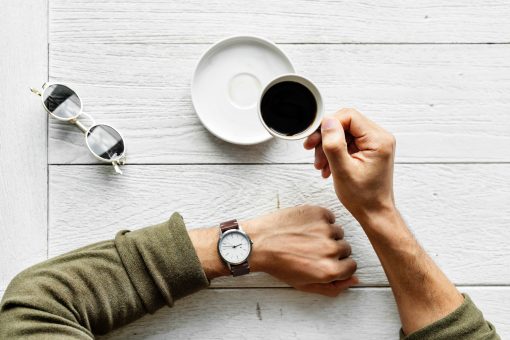 Doing nothing sounds easy in theory, but how do you actually make it happen if rushing from task to task, checking off lists and barely having enough time to think is what you’re used to?

If, like me, you tend to feel guilty at the thought of ‘un-busying’ yourself or struggle to find time for it on the fly in the chaos of everyday life, try taking a page out of Bill Gates’ book and pencilling your own Think Day  (or Think Hour, if you’re truly pressed for time) into your schedule before it has to happen.

This way, you’ll be giving your Think Time the priority it deserves instead of treating it like a trivial, by-the-way thing that you’ll get around to doing when you happen to have some spare time (which is likely pretty much never).

I do this for the stuff that helps me keep my sanity, stress and waistline in check: My morning and evening routines, which typically include my meal prep time, workouts and writing, so making time for ‘nothing’ feels like a natural extension of what I’m already doing.

If you consider yourself a beginner at dolce far niente, here are more ways to make time for it:

Overwhelm from having too many things that need maintaining or taking on more responsibilities than you can handle at the office, and even struggling with weight gain that you can’t seem to get under control can all mean one thing: You need to trim the excesses that are showing up in your life, one way or another.

This could be learning to say “no” to resolve the overwhelm, getting your emotional eating under control so you’re able to stop obsessing over food, or whittling down your possessions down to the bare essentials by cutting out the stuff that’s sucking your time, energy and money.

The simplifying you do in all these different areas of your life can then free up more time that you can spend on what’s important to you, which in this case is slowing down, getting away from the noise and making time to get centred.

If you can’t imagine being separated from your digital devices, you’re probably spending too much time on them.

Research suggests that the average American spends over 4 hours a day on their smartphones. Of this number, almost 2 hours are spent on social media.

When projected into a lifetime, it’s estimated that you’ll spend an average of 5 years and 4 months on social media— enough time for you to travel to the moon and back 32 times, and more than what you’ll spend on eating and drinking (3 years, 5 months) and socialising (1 year, 3 months) combined.

Just imagine all the time you could potentially recover to take better care of yourself by shutting down your computer, smartphone, tablet and laptop, then stepping away from them.

Imagine how much space your mind will have to breathe, discover new ideas and re-discover old ones just from going on a digital break.

The first step to setting your daily priorities so you don’t drown in too many to-dos is to figure out what personal success means to you.

Is it financial freedom? Starting your own business? Scoring a promotion at work? Or maybe it’s spending more time with your kids.

Once you’ve got your answer, ask yourself this question: “What are the 3 things that I need to do today that will help me get closer to my personal success goal?” . After you’ve got this down, rinse and repeat, every single day.

The most noticeable benefit I’ve experienced from doing this is a reduction of overwhelm. Plus, narrowing down my focus each day allows me to master the skill of doing what productivity author and associate professor of computer science at Georgetown University, Cal Newport calls deep work, or the ability to focus without distraction on cognitively-demanding tasks for better results in less time.

Feeling a little discomfort creeping into your gut at the thought of doing nothing? Good.

The fact that you are makes it all the more necessary for you to dip your toes into this rewarding pursuit of inviting space into your body, mind and spirit.

Think of it as your opportunity to take a step back from the busyness of life so that you’re able to become more effective at it.

If you’re too busy surviving, chances are, you’re not thriving. You’re feeling tired, unhealthy, unmotivated and just plain worn-out from life. I created my FREE Daily Self-Care Ritual Workbook just for busy folks like you who want to take back their health, peace of mind and happiness. Get your very own copy of the workbook HERE. No spam. Just helpful, good-for-you stuff. Pinky swear.